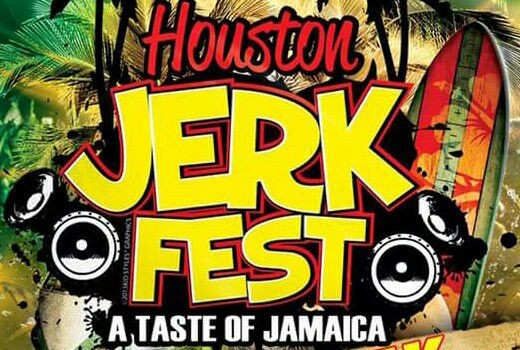 Houston Jerk Fest returns with its lively celebration of Caribbean food and culture to India House on Sunday, September 23. Houston Jerk Fest brings together local families with food, live music, and cultural performances. The festival is named for and celebrates the iconic jerk seasoning of the islands with a jerk seasoning cook off competition. Thousands of food and music lovers will gather for Caribbean food booths, custom fine arts and crafts booths, and live performances by world renown Reggae, Dancehall, Soca, and Afro Beats artists. This year’s event theme is titled “A Taste Of Jamaica” and will be powered by Nyam Cash Promotions, Key Players Entertainment, and The Social Warriors.

The Houston Jerk Fest was launched in September 2016 to wild success, and the promise of a growing new cultural festival for the city. In 2017, however, the threat of Hurricane Harvey and its destruction caused its cancellation. However, that setback became the foundation of a charitable effort that will benefit Houstonians and others through the next phase of the Jerk Fest. During the storm, festival founder GT Mane was holed up at home and began putting vital information out via social media, and a barrage of messages came in asking for assistance. He took the information and made social media memes that his contacts, a dispatcher for the Coast Guard, and a Cajun Navy volunteer, used to embark on relief and rescue missions.His efforts were so successful, he decided to keep the efforts going and expand them, creating Social Warriors, a 501 (c)(3).

The Houston Jerk Fest mission is to empower the Houston Caribbean-American community economically, civically and socially. The event encourages the rich collective of traditions of the Caribbean