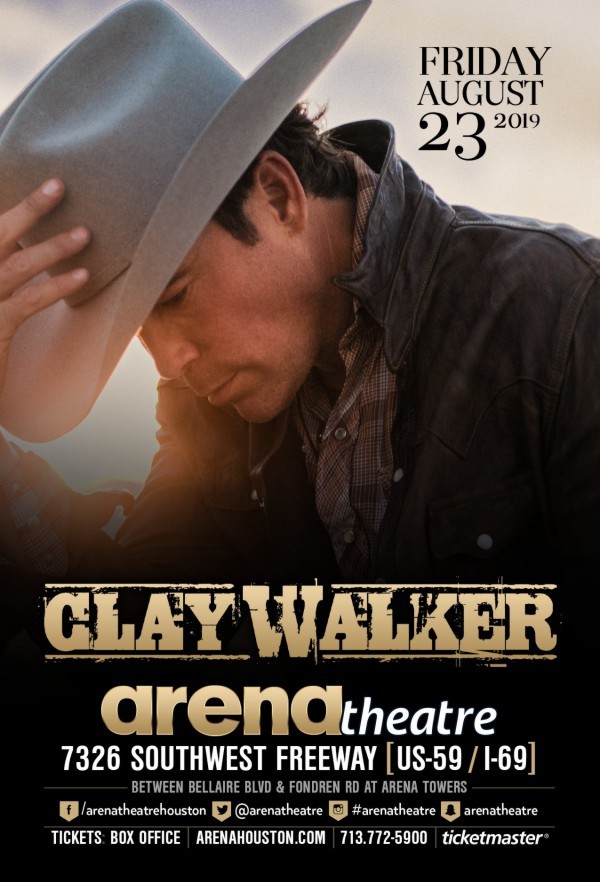 Clay Walker has the kind of dedicated work ethic combined with God-given talent that has made him one of the most successful country acts of the past decade. From a determination at 16 years old to get his demo tape on a local Texas radio station, to his grit in overcoming a diagnosis of multiple sclerosis in 1996 that he was told would be fatal, his drive has carried him forward: “I believe if the good Lord wants it, who’s going to stop it?”

His smooth, evocative voice and energetic stage presence quickly established Walker as the latest Texas export to find national acclaim and a lengthy string of hits has followed. He first topped the Billboard country singles chart in 1993 with “What’s It to You” and followed with his second consecutive No. 1 hit, “Live Until I Die.” Since then he’s placed 31 titles on Billboard’s singles chart including such additional chart toppers as “Dreaming with my Eyes Open,” “If I Could Make Living,” “This Woman and This Man,” and “Rumor Has It.”

He has founded Band Against MS (BAMS) to fight the MS and has raised upwards of $2,000,000 for the cause, and co-founded  Military Warriors Support Foundation (MilitaryWarriors.org) and serve the people who serve our county on a personal level.  Clay is passionate about helping this organization and gives homes away to these deserving soldiers at his shows!

No Cameras/ iPads No Refund – No Exchanges – No Reprints All patrons must have a ticket, regardless of age.