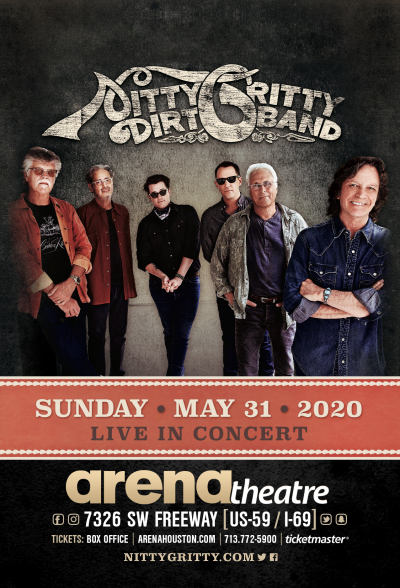 With a refreshed lineup and newfound energy, The Nitty Gritty Dirt Band remains one of the most accomplished bands in American roots music.

The Nitty Gritty Dirt Band played their first gig in 1966 in Southern California as a jug band and by 1969 had become a cornerstone of the burgeoning country-rock community. Their career breakthrough came in 1970 with the release of the record Uncle Charlie & His Dog Teddy and the single “Mr. Bojangles,” a folksy Top 10 pop hit that remains a staple of their live show.

During a tour stop in Nashville around that time, Earl Scruggs and his family came backstage to say hello. That introduction led to a friendship and some of the connections the band needed to record the acclaimed three-disc album “Will the Circle Be Unbroken.” A number of country, folk, and bluegrass legends. Heroes like Roy Acuff, Mother Maybelle Carter, Jimmy Martin, Merle Travis, and Doc Watson joined the scruffy, young band for a project that is considered a landmark recording in American music. Both “Mr. Bojangles” and “Will the Circle Be Unbroken” were inducted into the Grammy Hall of Fame.